The Moab Music Festival was started in 1992 by Michael Barrett and Leslie Tomkins. The Festival is an annual event held in September, dedicated to providing cultural and Education enrichment through the presentation of fine instrumental and vocal chamber music programs in the red rock region of southeastern Utah. In addition to the concerts, the Festival conducts an Education outreach program involving all grade levels, K-12, that brings local students in direct contact with the world-class musicians performing at the Festival. The Moab Music Festival is committed to presenting works by established and emerging American composers, as well as classics of the repertoire. 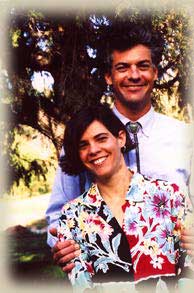 The Moab Music Festival, Inc., is a not-for-profit corporation under Utah state law and is registered as a 501(c)(3) organization under the Federal Tax Code. The Festival is lead by the Artistic Director Leslie Tomkins and Music Director Michael Barrett and supported by a 18-member Board of Trustees. The Festival is supported, in part, by a grant from the Utah Arts Council and the National Endowment for the Arts.

Duncan Mackie moved to Moab, Utah in 1992 a "refugee" from the concrete jungle of Silicon Valley after spending many years in the computer industry (an accidental career). With his wife Caroline, they founded a company to develop software - now used worldwide. They have also founded another company to persue commercializing their interests in photography, graphics and web site design - "MackieVisions"